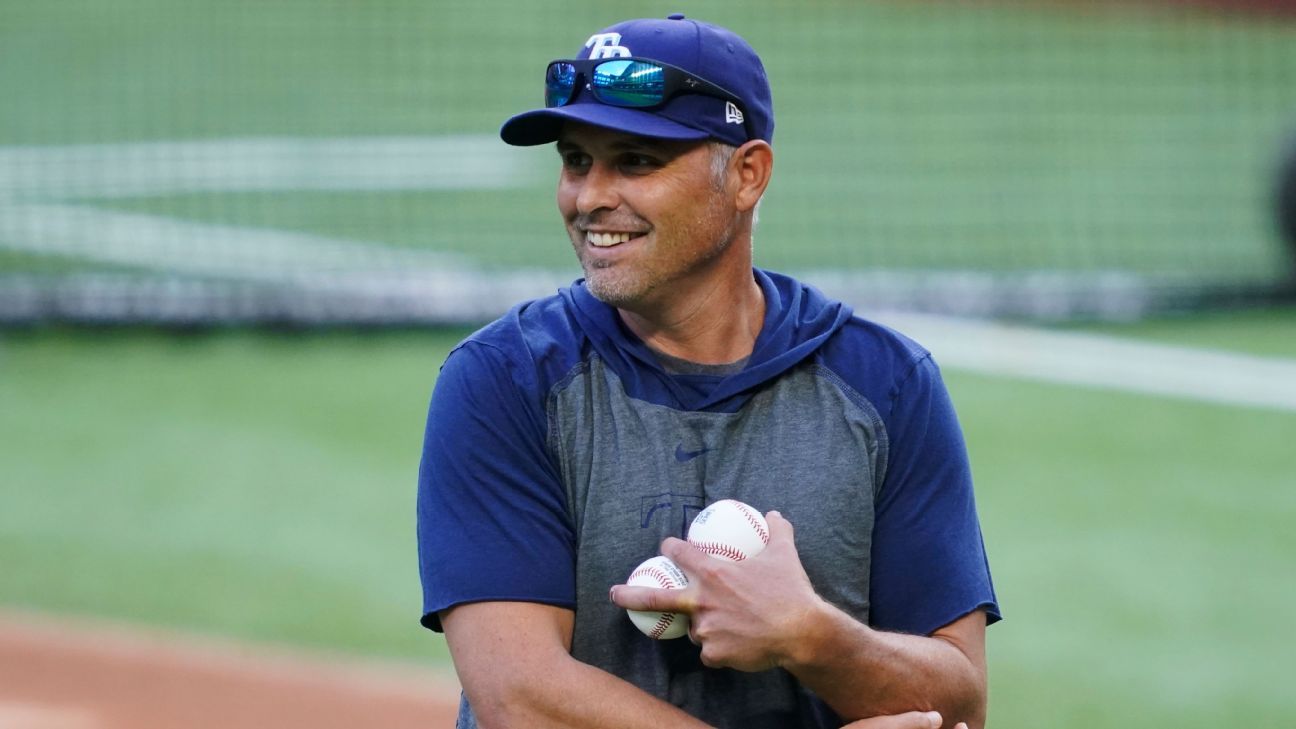 Cash guided the Rays to a division title as well as the AL’s best regular-season record at 40-20. The Rays’ .667 win percentage was by far the best in franchise history.

Tampa Bay overcame a rash of pitching injuries to clinch the AL pennant before losing in six games to the Los Angeles Dodgers in the World Series.

Cash, who turns 43 on Dec. 6, hit .183 with 12 homers and 58 RBIs in 246 major league games as a catcher for five teams, including Tampa Bay. After his playing career, he worked as an advance scout for Texas and Toronto before joining Terry Francona’s staff in Cleveland as the bullpen coach.

The Tampa, Florida, native and Florida State alum was hired as Tampa Bay manager the day before his 37th birthday. Cash is 454-416 in six seasons as manager of the Rays.

Cash was roundly criticized for pulling ace left-hander Blake Snell in the sixth inning of the decisive Game 6 in the World Series against the champion Dodgers. However, the Rays had leaned heavily on their bullpen throughout the pandemic-shortened season, with 12 different pitchers recording at least one save — matching the major league record. Cash has insisted if he faced the same situation again, he would trust his bullpen to close it out.

Voting by the Baseball Writers’ Association of America concluded before the beginning of the playoffs. Rick Renteria of the White Sox finished second while Charlie Montoyo of the Blue Jays finished third.

The Associated Press contributed to this report.

Olympics 2021 – What will Katie Ledecky’s Olympic legacy be after 3 miles of racing in Tokyo?

Here’s who joins Simone Biles in finals after U.S. women’s gymnastics team competes against itself