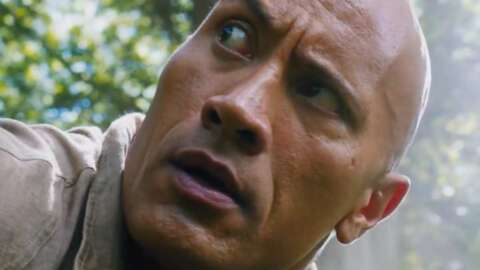 Actors Dwayne “The Rock” Johnson and Yahya Abdul-Mateen II are teaming up for Emergency Contact, an action film to be produced through Warner Bros., according to The Hollywood Reporter.

Emergency Contact is an original concept, not based on an existing property, so plot details are light. The film will reportedly be a “high-octane action film set amid the underground music scene of Austin, Texas.”

Johnson is currently filming Black Adam for Warner Bros., and the upcoming Disney film Jungle Cruise is completed. Abdul-Mateen II is all over the place recently, having starred in HBO’s Watchmen as Cal Abar, and in Aquaman (and the upcoming Aquaman 2) as Black Manta. He also stars as the titular character in the completed Candyman, and will appear in The Matrix 4 and Mad Max: Fury Road prequel Furiosa.

Rory Haines and Sohrab Noshirvani wrote the original pitch for Emergency Contact, as well as the current draft of the script. Johnson will produce alongside Beau Flynn, Hiram Garcia, and Dany Garcia.

With the film so early in production (and its stars so busy), there is no current release window for Emergency Contact.