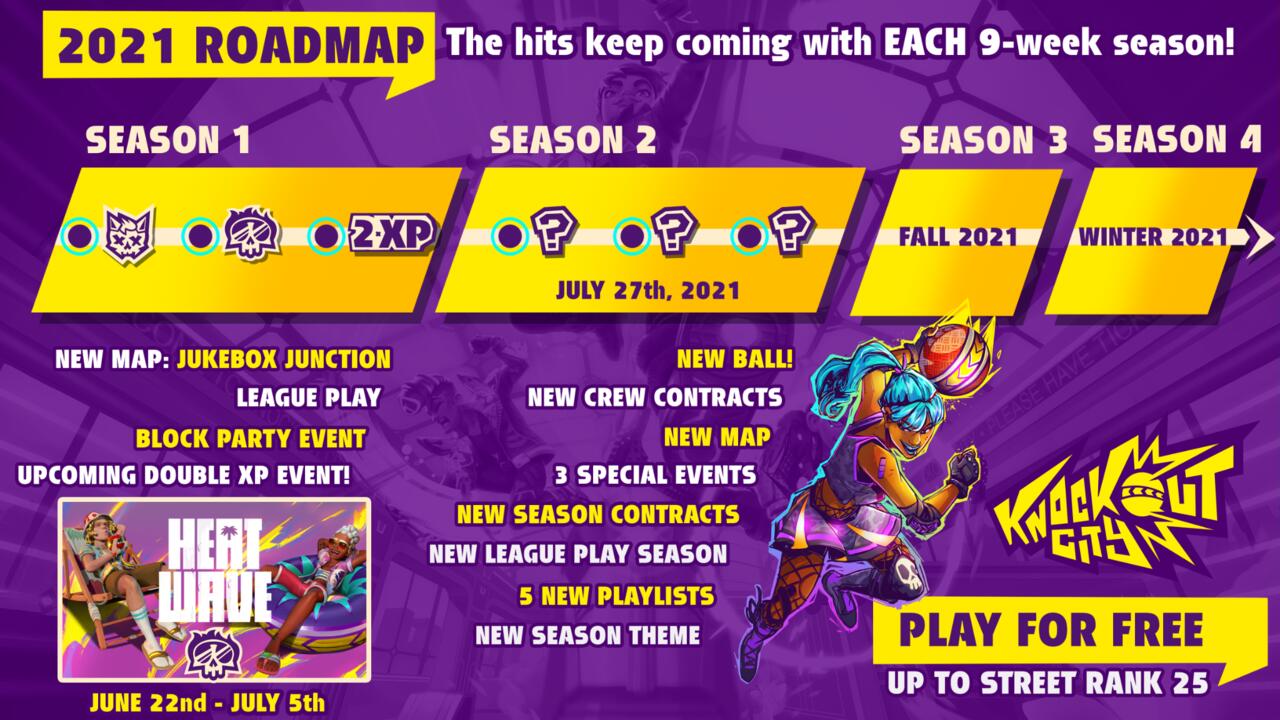 The breakout success of team dodgeball title Knockout City means it isn’t going anywhere anytime soon. EA and Velan Studios revealed the game’s roadmap today, along with the launch date of the game’s second season and everything players can expect to come with it.

Players will have another reason to log in to Knockout City with the start of Season 2: daily login bonuses. Every day that players log in to play the game, they will receive a random reward. It’s not clear if there is a pool of items that will be doled out or if players will receive different rewards for playing the game on consecutive days.

Since seasons in Knockout City last nine weeks, it’s pretty easy to say when we can expect the game’s third and fourth seasons, scheduled for the fall and winter respectively, will start. Season 3 of Knockout City will likely launch around September 28, while Season 4 should begin near November 30.