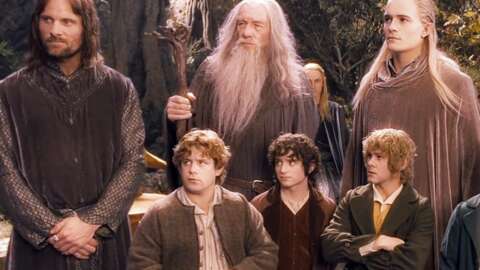 BREAKING: LOTR stuntwoman Dayna Grant has taken a huge hit on the Amazon set recently, and is now going for emergency surgery on a brain aneurysm and spinal issue. NZ film industry is stepping up to support her family. #LOTRonPrime #WW84 #evildead https://t.co/tzY4qkTZwz

“World-renowned Stuntwoman Dayna Grant recently sustained a head injury while on set filming for an upcoming series/film,” the site reads. Grant exhibited symptoms of Traumatic Brain Injury and after scans was recommended for immediate surgery.

Grant has worked as a stunt performer on projects like Mad Max: Fury Road, Ash vs. Evil Dead, Wonder Woman 1984, and Xena Warrior Princess, where she acted as stunt double for series star Lucy Lawless. Grant is listed on her IMDb page as a stunt performer on the Lord of the Rings television show. The show will be part of Amazon’s Prime Video service. The $1.6 trillion company is reportedly spending $465 million on Lord of the Rings Season 1 alone. Grant’s family and friends are looking to crowd-fund $NZ60,000 for the surgery.

This is the second major injury to occur during production according TheOneRing. Meanwhile, the show has been subject to other controversies as well. Actor Tom Budge left the show earlier this year due to creative differences regarding his character.

Previously, actors Elijah Wood and Viggo Mortensen, who played Frodo Baggins and Aragorn in the Peter Jackson trilogy based on Tolkien’s novels, separately expressed concerns about the show. For Wood, it was simply the matter of Amazon calling the show Lord of the Rings, when it’s set in an entirely different era from the famous stories. Mortensen, on the other hand, worried about the more mature direction for the story, and whether that would lead to a “certain level of arbitrary violence and stuff like that.” Speaking of “stuff like that,” some fans launched a petition earlier this month to keep nudity out of the show entirely, citing the story’s historically family-friendly nature.

Amazon has not yet announced a release date for the show, though Amazon Studios boss Jennifer Salke has previously expressed hopes for a 2021 premiere on Amazon’s Prime service.