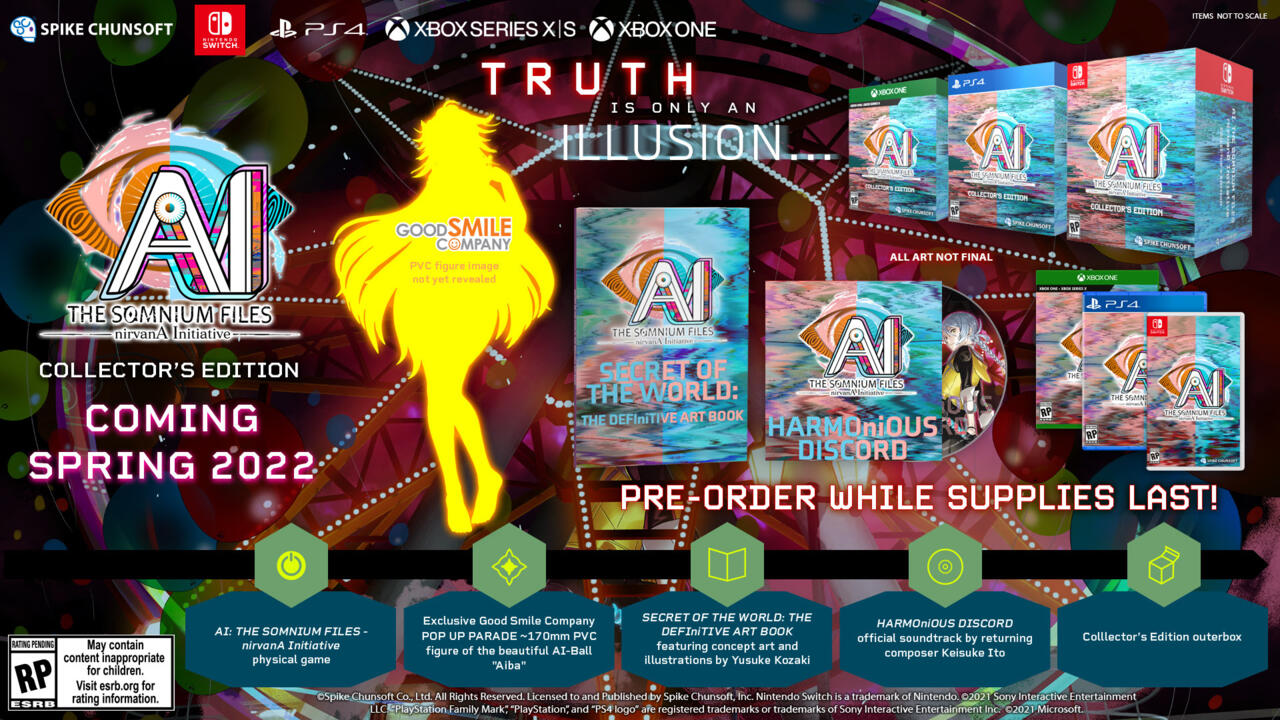 The story follows newly-appointed Special Agent Mizuki and her AI partner Aiba. Six years ago, the right half of a corpse was mysteriously discovered. But the left half was never found until six years later, when it appeared as a fresh corpse with no signs of decay. That implied that the victim had still been alive until recently. Mizuki and Aiba are now on the case to solve what are called the Half Body serial killings.

A collector’s edition was revealed as well, which includes the full game, a Good Smile POP UP Parade figure of Aiba standing at around 170mm, an artbook featuring art from series character designer Yusuke Kozaki, and an official soundtrack by returning composer Keisuke Ito, dubbed HARMOniOUS DISCORD. This edition will cost $119.95.

Interestingly, there are some discrepancies regarding whether the game is coming to the new generation of consoles. PlayStation also made an announcement on Twitter saying that it would also come to PS5, but it’s not clear if it is a native version or if it is referring to the PS4 game being backwards compatible with the system. Additionally, the game’s official website notes that it will also come to Xbox Series X.