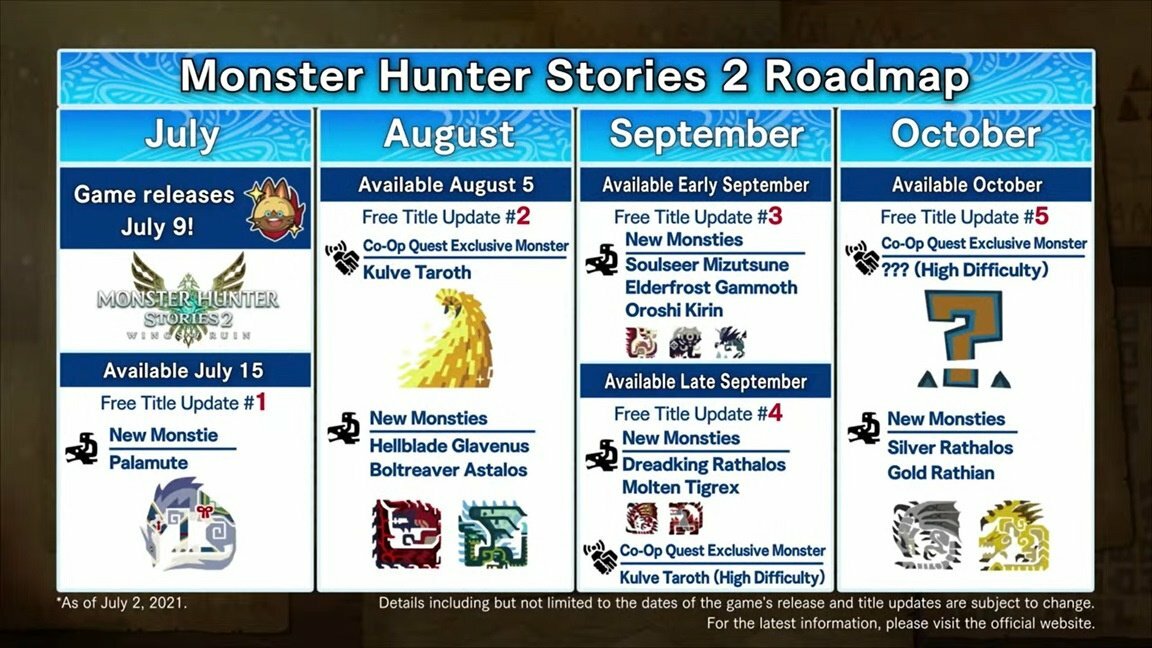 Capcom has revealed its post-launch roadmap for Monster Hunter Stories 2: Wings of Ruin, alongside a new trailer. The studio announced there will be five free title updates through October 2021, adding new monsties and co-op quests to the game.

Update three is set for early September and adds a trio of new monsties: Soulseer Mizutsune, Elderfrost Gammoth, and Oroshi Kirin. The fourth update comes in late September and adds a high difficulty version of the Kulve Taroth co-op quest, plus the Dreadking Rathalos and Molten Tigrex monsties. The fifth update in October includes a mysterious, high difficulty co-op quest and adds the Silver Rathalos and Gold Rathian monsties to the game. Capcom has not said if it plans to release more free updates after the fifth one.

Monster Hunter Stories 2: Wings of Ruin is a turn-based RPG spin-off of the main series. Players take on the role of a rider, who can form special bonds with monsties, which will fight for them. The game releases on July 9 for Nintendo Switch and PC. A free demo for Monster Hunter Stories 2: Wings of Ruin is currently available on Nintendo Switch, and progress carries over to the main game.