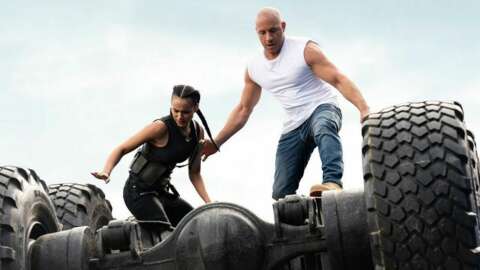 F9, the latest movie in the Fast & furious series, held onto the top slot in the July 4 box office chart. Despite competition from two high profile new releases, F9 made $24 million in its second week of release, bringing its US total to $117 million. Worldwide, the movie has now made more than $500 million, by far the biggest gross of the pandemic era.

The animated sequel The Boss Baby: Family Business was the week’s highest new entry at No.2, making $17.3 million in its first three days. While this is below the $50 million opening gross of 2017’s The Boss Baby, it’s a solid result given the new movie also premiered simultaneously on NBCUniversal’s streaming service Peacock.

Another sequel, The Forever Purge, entered the chart at No.3 with a $12.8 million gross. This is the lowest opening of any movie in the Purge series to date, but as Box Office Mojo notes, the modest production costs of the horror franchise means that the films don’t need to be massive hits to be considered successful.

With the exception of the acclaimed black comedy Zola, which debuted at No.10, the rest of the box chart featured titles that have been released over the past few weeks. These include A Quiet Place: Part II at No.4, The Hitman’s Wife’s Bodyguard at No.5, and Cruella at No.6. Next week will potentially see a new No.1 movie, as Marvel’s Black Widow hits theaters. However, it will also be available as a Premium Access title on Disney+, and it will be interesting to see if Disney’s new release strategy affects the traditionally huge theatrical audience of a Marvel movie.