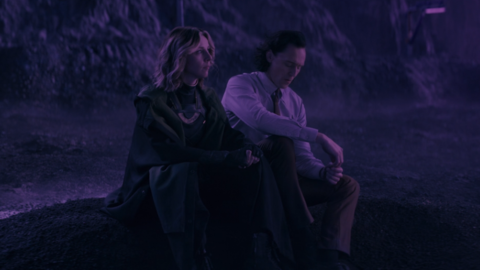 Marvel is notoriously secretive about its cinematic universe, going to great lengths to keep its major projects and plot twists from being spoiled. This apparently extended to the new TV show Loki as well, with multiple main members of the cast claiming they weren’t told what they were auditioning for until they were offered the role.

The same has been said about previous Marvel TV show WandaVision, while even more extreme measures have been taken on the main films, with Endgame stars explaining that they were never even given a full script while filming.

As reported by EW, Loki star Sophia Di Martino, who plays variant Sylvie, had no idea what she was auditioning for when she went for the role. “I didn’t know what the role was, I didn’t know what the show was, I didn’t know anything,” Di Martino explained in an interview with Entertainment Tonight. “There was a short scene between two people, ‘Bob’ and ‘Sarah’ I think it was, on a train. It ended up being the train scene between Loki and Sylvie but I had no idea what I was auditioning for… It wasn’t until I was offered the job that I knew what it was.”

Tara Strong, who provides the voice for the TVA’s virtual assistant and mascot Miss Minutes, was also given very little detail for her audition. “Typically you’ll get a drawing of the character, a description, sometimes a portion of the script. I use all that information when I’m doing my audition,” Strong said in an interview with EW. “But when it came for Loki audition, I got an email minus all of that information. Like, I didn’t know what it was for, I didn’t know who this character really was, I didn’t know anything about her world. I remember calling my agent because it was sort of described as an ‘animated Siri-type voice.’ I was like, I’m trying to understand this character. Is she sentient? And they were like, ‘We don’t really know.'”

Wunmi Mosaku, who plays the TVA’s Hunter B-15, also related a similar story in an interview with Collider. “I got the call saying I had been offered a part in Loki, but I hadn’t known I was auditioning for Loki, so it was quite a shock,” she explained.

Loki is nearly at the end of its first 6-episode season, with the finale due to arrive on Disney+ next Wednesday.