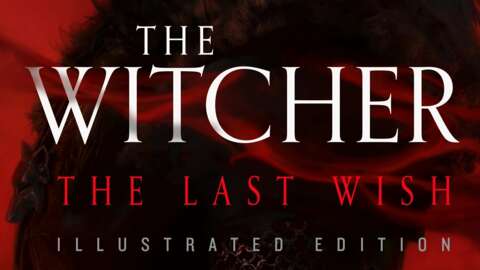 Fans know The Witcher now as a globally popular franchise of video games and a Netflix show starring Henry Cavill, but it began as a series of stories by Polish author Andrzej Sapkowski. Now the first book in the series, titled “The Last Wish,” is getting a very cool new edition this December, which is also when Season 2 of Netflix’s The Witcher will arrive.

Netflix’s official Witcher account announced the new edition on Twitter today. The “hardcover illustrated edition” of The Last Wish comes via publisher Orbit Books’ Gollancz imprint. It will feature illustrations for each of its seven stories: “The Witcher,” “A Grain of Truth,” “The Lesser Evil,” “A Question of Price,” “The Edge of the World,” “The Last Wish,” and “The Voice of Reason.” Elements of these stories were adapted for the Netflix show’s first season, so fans that have only watched the show will find plenty they recognize in this collection.

The stories in The Last Wish are, chronologically within the series’ fiction, the earliest Witcher tales. Netflix also posted a teaser image of an illustration of Yennefer, as well as a suggested reading order for the full written series; following The Last Wish is another collection of loosely related stories, “Sword of Destiny,” followed by the six novels.

Yennefer of Vengerberg illustrated by Martina Fačková. Plenty of time to dive into the books before December ⚔️ pic.twitter.com/shfdVaCfwf

This announcement arrived during the WitcherCon event, at which Netflix made several announcements and reveals. Chief among them is The Witcher Season 2’s December 17 release date. They also gave us a first look at Ciri and Lambert (another witcher who will appear in Season 2), and a glimpse at Jaskier rocking out in the new season.