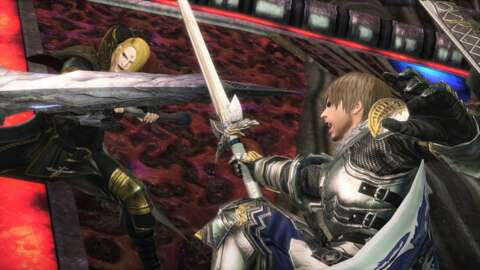 If you want a bigger tease for what’s to come in Final Fantasy XIV: Endwalker, the upcoming expansion to the critically acclaimed MMORPG, you got one through the newly revealed PC benchmark sequence. During the latest Live Letter from the Producer, Square Enix showed off the benchmark which contains snippets from new zones and battles from Endwalker and have some story implications for the expansion. The benchmark will be made available to PC users on July 11. You can watch it in the video below.

The benchmark sequence shows battles between tempered beasts and Garlean Empire soldiers on a snowy field with the Warrior of Light intervening. It then takes you through the new major hub area of Old Sharlayan with Alphinaud wondering about before meeting with the Warrior of Light. Things kick up with a major battle in the ruins of Garlemald between many tempered beasts and an alliance of familiar faces like the main characters from Scions of the Seventh Dawn and the leaders of FFXIV’s various regions. You then get a taste of the new, colorful open zones of Thavnair as various flying mounts head towards one of those ominous towers that appeared in the patch 5.5 story quests. The benchmark concludes with a major battle against longtime villain Zenos yae Galvus with Alphinaud and Alisaie by the Warrior of Light’s side, which also shows off some skills from the new Reaper and Sage jobs.

Of course, FFXIV benchmark sequences aren’t always entirely indicative of what’s happening in the story–the Shadowbringers benchmark setup scenarios to simply test your PCs capabilities rather than showing off actual in-game events. However, these are accurate representations of the new regions and zones coming in Endwalker, and a tease of what kinds of battles we could be fighting in the expansion.

Endwalker (aka FFXIV 6.0) will conclude FFXIV’s ongoing Hydaelyn-Zodiark story arc which has been going since the game’s inception. A new story arc will pick up after the conclusion of Endwalker. For a summary of the story setup and biggest additions coming with the expansion, be sure to read up on on everything we know about FFXIV Endwalker.