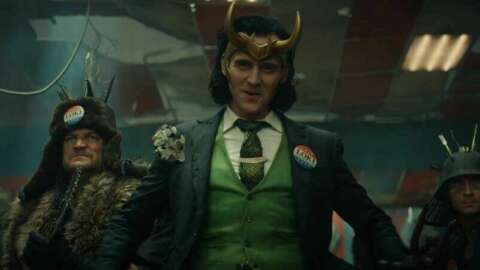 Even after a decade in the role, actor Tom Hiddleston never seems to get tired of talking about Loki. Hiddleston spoke about the TV show in a recent pre-finale interview with Deadline, and though the actor was careful to dodge spoilers, he had some musing to do on the future of Loki and the MCU.

The series’ final episode has aired since the interview was conducted, revealing more about the direction the MCU is heading, as well as the mid-credits announcement that Loki would be returning for another season. Before the announcement was made, Hiddleston was coy when asked about returning to the role, though he did talk about his journey as Loki.

“I have learned, at this point, having said goodbye to the character more than twice, two and a half times maybe, to make no assumptions,” the actor said. “So, it’s not up to me. But I do love playing him, and every time, I seem to find new, interesting things about him. So, yeah, I’m a temporary passenger on Loki’s journey, but we’ll see. We’ll see where the ride goes now.”

Hiddleston also talked about Loki’s journey as a character, and how it’s changed over the course of the TV show. “Loki’s someone who’s probably been deluded by the idea that he’s burdened with glorious purpose, and that perhaps that purpose has been revealed to be fraudulent or meaningless, and maybe his self-image or the role that he has condemned himself to play is redundant,” Hiddleston explained. “His experiences through this story have shown him that there are actually more opportunities available to him, and you know, it speaks to this idea, like, can we change? Can we evolve, and in that evolution, is there room to grow?”

The actor also appears to be just as excited as most fans about what the TV show means for the larger MCU storyline that’s developing. “I feel that the MCU is even more expansive, is even braver, more inclusive than it’s ever been,” Hiddleston explained.

“I think the stories are getting really exciting,” he added when pushed for more detail. “Not that they weren’t before, but I think they understand that the investment of the audience is very deep, and they don’t take it for granted for a second. So, yeah, I suppose the perspective I have on how Loki might affect the ongoing course of the MCU is this idea of the multiverse.”

While the actor clearly can’t give away anything too detailed about the future of the franchise, he was more than happy to speculate. “I know that there are lots of, you know, interesting titles of movies that’ve been announced, which kind of hint at where it might be going,” he said.