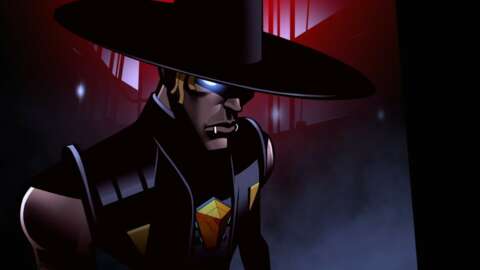 Respawn released the cinematic trailer for Apex Legends Season 10: Emergence during EA Play Live 2021. Following the reveal, game director Chad Grenier took the stage to detail what players can expect to see in Emergence, including the passive, tactical, and ultimate abilities for Seer, the new playable character.

“Similar to Bloodhound, Seer is all about tracking enemies but in a different way and has a very unique kit,” Grenier said. “So while you’re aiming down the sights, you’ll have a heartbeat sensor that will give you a hint as to where an enemy might be.”

Change is constant in the Apex Games; are you watching closely? 🦋

“If you think you’ve located them, you can use your tactical [ability], which sends out some of those drones out of your chest and will actually reveal and track the enemy’s location. The ultimate [ability] is really powerful, especially in certain gameplay situations. You can send out hundreds of microdrones and create a sphere around an area that you choose and all enemies that are moving quickly through that space are tracked.”

Grenier added that though Seer and Bloodhound are both trackers, both are designed for different types of tracking. While Bloodhound is the better tracker for hunting down entire squads and keeping apprised of player movement across the battlefield, Seer is more precise and all about taking advantage of lingering information.

“So [Seer is] a bit more of a stealth-oriented legend and you’re going to see some interactions because of that sphere I mentioned, his ultimate,” Grenier said. “If you’re moving quickly through that space, your footsteps are revealed. But if you’re walking slowly, you can avoid detection.”

Seer is voiced by actor Iké Amadi, who has a long history in video games. They are also the voice of Halo 5: Guardians‘ Locke, Rainbow Six Siege‘s Wamai, Mass Effect 3‘s Javik, and many other characters.

Emergence is scheduled to begin August 3 following the conclusion of the limited-time Thrillseekers event. The new season will also introduce a Ranked Arenas playlist. During the EA Play Live presentation, Grenier teased that more Arenas maps are in the works as well as “a few other things” that Respawn isn’t ready to talk about just yet.