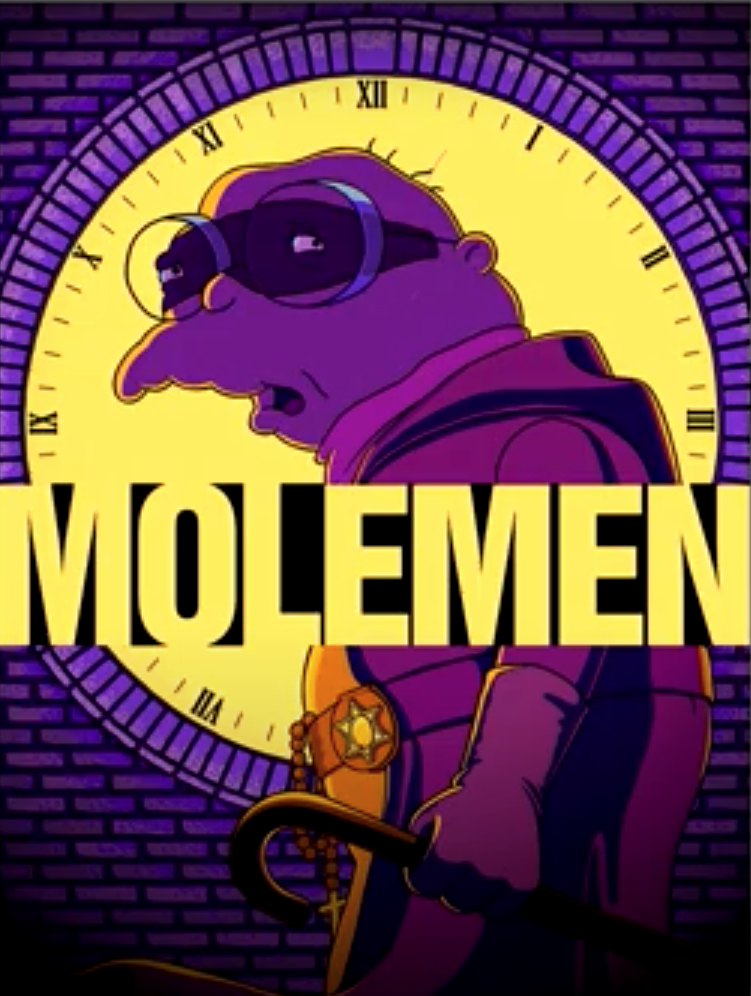 The Simpsons kicked off its 70-minute Comic-Con@Home panel to commemorate Season 33 with a full minute hyping a fictional Springfield Cinematic Universe on the Simpflix streaming service. Billed as the latest entry into the streaming wars, Simpflix “bravely repurposes 32-year-old IP into a dazzling array of original programming.”

Of course, no such service is really forthcoming–a sarcastic voice over really goes hard in the paint to sell upcoming shows with punny titles including Len15, Molemen, and Moezark. Really the visuals on the posters for these parody shows are much more clever than the titles, so we’ll spare any potential cringing or confusion and let these jokes land on their own. Check out the images below for the streaming service, whose slogan is “we can’t stop you from sharing your password.”

The rest of the panel featured moderator Yeardley Smith exclusively asking an assembled group of Matt Selman, Al Jean, David Silverman, Carolyn Omine, Mike B. Anderson, and Debbie Mahan fan-submitted questions. After 32 seasons so far, it was surprising to learn there’s still a fair amount about how the show works that Smith–who has voiced Lisa Simpson from the very beginning–admits she doesn’t know, like how a director gets hired. The Simpsons was recently renewed for Seasons 33 and 34, easily making it the longest running animated comedy of all time. Season 32 wrapped in May this year.

While The Simpsons has earned a reputation for predicting the future, again, it should be noted that these other series were just jokes. However, it wouldn’t be a total shock if the show does wind up referencing or otherwise parodying the popular streaming series features above. Recently, The Simpsons rushed in three months to cram 100 Marvel references into a four-minute tribute/parody to its fellow Disney+ series, Loki.