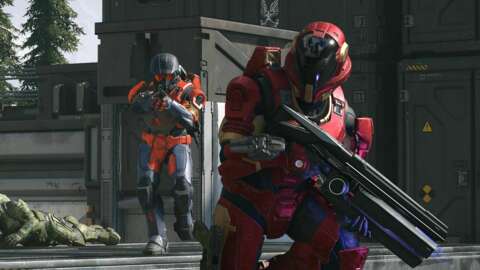 Invites have already started to go out to the first wave of Halo Insider members, which include hundreds of thousands of people. Throughout the technical preview, 343 will be testing game & services performance metrics, such as stability, communication systems, and flighting tools at scale. Player feedback will be gathered as well regarding areas such as core gameplay, maps, modes, and user interface.

The studio is looking to test out its Battle Pass system, Challenges, and in-game Store to see how well they hold up to scale. They’ve been included for technical reasons and don’t reflect the amount of unlockable content at launch. A set amount of in-game credits (cR) will be provided to help players unlock items, but please note that anything that’s unlock during a technical preview will not carry over to the main game.

343 Industries earlier teased that the game’s multiplayer beta would start soon, and now we have confirmation. Halo Infinite is set to launch in Fall 2021 for Xbox One, Xbox Series X|S, and PC. The multiplayer portion of the game will be free-to-play when it releases this year.