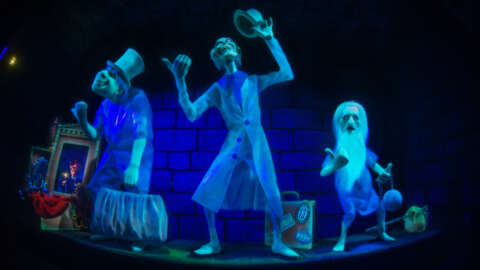 With many of its classic animated films already remade as live action, Disney is digging into its long list of beloved theme park attractions for its next batch of movies, and the Haunted Mansion is up next. Tiffany Haddish and Lakeith Stanfield are in talks to star in the film, according to the Hollywood Reporter.

If cast, Stanfield would play a widower who “once believed in the supernatural, but is now a rather lifeless tour guide in New Orleans’ French Quarter.” Haddish would play a psychic.

Haddish most recently appeared in Netflix’s Bad Trip along with Eric Andre, and is known for movies like Girls Trip and Like a Boss. Stanfield stars in FX’s Atlanta alongside Donald Glover, as well as Sorry to Bother You and Judas and the Black Messiah.

Justin Simien will direct Haunted Mansion for Disney, with a script from Katie Dippold. The movie is unrelated to the 2003 film starring Eddie Murphy, THR notes.

While Haunted Mansion isn’t set to start filming until this fall, Disney’s latest ride film, Jungle Cruise, hits theaters and Disney+ Premier Access this weekend. Ahead of the Jungle Cruise’s release, catch up on new changes to the ride itself, watch the latest trailers for the film, and read up on everything we know about it.